It can be such a heartbreak to find your subwoofer is not performing the way you expect it to after your careful installation. You got it because you want to get all of that deep bass from your stereo or home theatre system, but you really can’t tell what the issue is at the moment. There are a number of issues that can cause your sub to malfunction or leak.

Exposing your subwoofer speaker to very high sounds will cause great displacements in the coil. The coil may then not be able to return to its original position or it becomes loose. Even the cone may break away from the coil. In this situation, the subwoofer speaker has blown.

When your sub is no longer delivering those bass sounds the way it should, you can test it to see if the problem is anything related to a blown speaker. We’ll discuss how to test for blown subwoofer speakers and some other reasons why the subwoofer may stop working.

Prefer videos? This explains how to test your subwoofer

How to Test if the Cone is Bad

To check whether the cone is the problem, uncover the grille from the subwoofer. You should use both of your hands for this test, and be gentle. You don’t want to cause a problem there if there is none in the first place. So, place your hands on both sides of the speaker cone and push softly. If the cone moves, that’s fine. If it doesn’t, there is a problem.

However, just moving is not enough. It should move within a boundary, and smoothly too. So listen. If the movement is stiff or lax, it’s not good. If you hear a noise that sounds like scratches, there’s an issue. They may indicate that the suspension is weak. 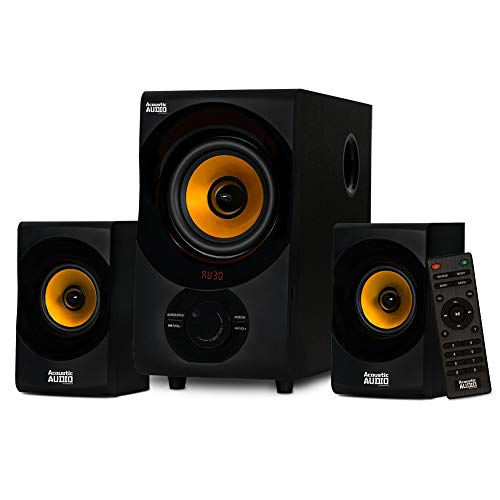 How to Test if the Coil is Bad

The voice coil is found in the cone, attached at the end. It’s the part that has the magnet, that helps to generate a magnetic field when there a vibration to produce sound. You’ll find the voice coil with a positive and negative terminal. The voice coil can also blow and cause bass to leak in your subwoofer.

You need a multimeter to check whether the voice coil of your sub has blown. A multimeter helps you to check how much current, resistance, and voltage is in an electronic device like the subwoofer.

If the coils do not read any value for electrical resistance, then they are really blown. However, a result that is either less than 1.0 ohms or dangling between 1.0 ohms and less tell that something is really wrong. 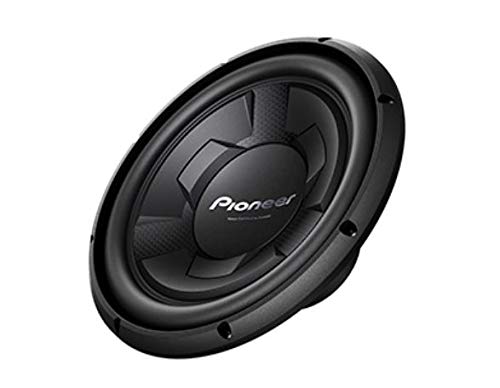 A bad subwoofer speaker will produce horrible bass. You want to hear the range of sounds made by your sub because that will also help you determine if the speaker is really blown. To run this test, you have to use a music or sound system.

Play some soft rhythm or turn down the volume of your sound and listen. Raise the volume a little after a while. The sub speaker is not completely blown if you still hear some sound, no matter how noisy it is. But for subs that produce static sound or are totally silent, the speaker is blown totally.

Video: How to Test a Subwoofer

Why a Subwoofer Would Stop Working

Typically subs produce sounds that are in the low end or middle-range. The frequency of sound they give out lie as low as 20 Hz and stay within 200 Hz. such low sounds. Of course, they are built a lot like the regular speaker with the cone and coil. Most subwoofer cones lie between 8 and 21 inches in diameter. They are wider and stiffer than the driver of other speakers because of the amount of air they have to deal with. So what can make a subwoofer stop working?

The Speaker Can Short Circuit

A lot of times, a short circuit is attributed to the reason speakers malfunction. If the wire that is transmitting the signal short-circuits, then the sub won’t get any signal. Also, electrical signals won’t even get to the sub from the terminals if there is a short circuit. So, the speaker won’t produce any sound.

Short circuits can also occur in the coil. This will affect how much electromagnetic power it can produce. In some cases, the power may not even be sufficient to drive the subwoofer cone.

For subwoofers to produce the sound feel that characterizes them, they have to move the right amount of air at the required pace. They basically push air and pull air in the cone to get this done. The cone itself is held in the place by certain components like the spider which allows it to move back and forth.

In the case that the cone disconnects, it can no longer move enough air. The air just revolves around the edge without much result. This also causes the speaker to have less electrical resistance so that the driver just moves with an uncontrolled speed. This situation can cause damage as the driver and other parts of the subwoofer collide.

One of the components of a sub’s driver cone is the magnet, which is at the base, beside the coil. The coil takes magnetic energy from the magnet and changes it to electromagnetic energy as sound flows in, in the form of electrical signals. The electromagnetic coil both attracts and repels the magnets in response to the electrical signals. As this happens, the cone moves and sound comes through.

If it happens that this magnet breaks, it will affect the interaction of the voice coils with the magnets. This will impair the quality of sound the speaker is able to produce.

We have affiliate relationships with the providers (Amazon, Clickbank, etc) of the products, goods and services that are linked to on this page and may be compensated when you buy. But do note that it doesn't increase the cost of the products to you in any way or determine our verdict on a product/service.